“Two years of horror” – the Brewers’ Legacy to Britain 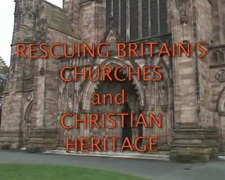 Destroying Britains Christian Heritage: Watch this video at your own risk

Far from “Rescuing Britain’s Christian Heritage”, the Brewers’ legacy to Britain was summed up yesterday in four much shorter words by Valiant for Truth: Two years of horror. And this coming Monday, 20th October 2008, marks exactly two years since SPCK finalised its disastrous decision to hand the bookshops over to the Brewers:

It was on Friday 20 October 2006 that Shop Managers gathered in London to be told the news of the takeover by St Stephen the Great and to meet Mark Brewer for the first time. Two years of horror. Wouldn’t it be nice if on 20 October 2008 we all learnt that we were to be free again, and able to rise like a phoenix as has happened in Norwich, Cardiff, Leicester. Come on Durham and Chichester especially as it’s in your hands.

“[Staff] actively worked to prevent implementation of anything to do with change until the chain’s finances were too far gone for any change to have worked.”

We have news! After some months of uncertainty after the collapse of a planned merger with the Wesley Owen network of bookshops, SPCK has found a new partner in the shape of the St Stephen the Great Charitable Trust, an Othodox Christian charity who have assumed responsibility for the SPCK Bookshops with effect from the 1st November. SSG was founded in 2004 by Mark Brewer, who heads a law firm in Houston, Texas, with an initial aim of restoring redundant churches as Orthodox places of worship and distributing Orthodox Christian literature. We will continue to trade as “SPCK Bookshops” under licence from the Society, with a strong sense of partnership between the two charities illustrated by Bishop Michael Perham (Chairman of SPCK) and Simon Kingston (Senior Executive) joining the trustees of SSG, and a member of SSG joining SPCK’s Governing Body. This development will strengthen and enhance the Bookshops’ mission of distributing Christian literature, helping to secure the network of shops and the breadth of their stock.

That reads like a genuinely optimistic and enthusiastic welcome to me, not resistance. Sadly, of course, it’s too late for Carlisle now; too late for Birmingham, Bristol, Cambridge, Exeter, Lincoln and so many others. But as Valiant for Truth points out, it’s not too late for Durham and Chichester!

Most leases contain a break clause: a notice period to terminate the agreement that can be invoked by the landlord. As Valiant for Truth noted back in July, there was certainly a break clause in the lease with SPCK at Durham which came to a close call in 2004 when the Cathedral wanted SPCK out in favour of Jarrolds. It’s hard to believe that the Cathedral authorities would have granted SSG a lease without a similar break clause; so why has it not been invoked? What, exactly, does it take in terms of bringing the Cathedral into disrepute to bring the lease to an end? One of the most recent petitioners, David Baxter, puts it like this:

I think it is astonishing that here should be a business within the cathedral that refuses to pay what it owes to others – staff and businesses – and that letters sent to the cathedral authorities go unanswered. These are not Christian acts.

Once again I call upon anyone reading who has not yet signed the Durham petition to consider doing so; and if you have signed it, please spread the word. And if you have reservations about signing it, please raise them here.

Let’s not allow this two year anniversary to pass in silence.